Covenant of Solitude is an Android RPG by Kemco. It is available on Android and iOS. It is considered one of Kemco's best-looking video games. It is an old-school RPG with a heavily customizable party system. You can make a party of upto 4 monsters of various classes. Monsters level up and provide additional skills and spells.

COS is a turn-based RPG, where players assume the role of Fort, a boy feared by his village for his "genie" blood. This blood grants Fort the power to summon and control "monsters" which serve as the primary allies and enemies within the game. The story involves an expansionist Empire and a struggle for control over Fort's power.

COS is a traditional Japanese RPG. You navigate the primary character Fort through a fantasy world, interacting with NPCs and fighting enemies that appear randomly. When engaging enemies, the game goes into a turn-based battle system.

Instead of recruiting heroes, you can make contracts with monsters, who fight alongside you. Monsters are recruited by Wicca, a being only visible to "genies" like Fort. Monsters are created from a certain tribe and class, that affects its abilities and skills. The tribes are Dragons, Fairies, Beasts and Vampires. 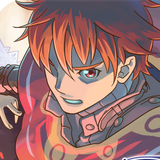 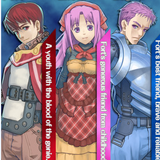 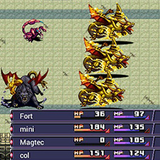 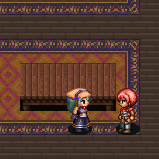 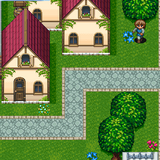 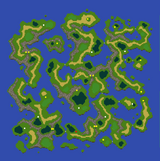 Retrieved from "https://covenantofsolitude.fandom.com/wiki/Covenant_of_Solitude_Wikia?oldid=4368"
Community content is available under CC-BY-SA unless otherwise noted.